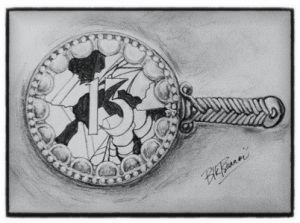 It’s Friday 13! It is for me at least. I can’t tell you how much I love the number 13 and Fridays. When they are combined, it’s like the supernova of prime numbers and chillaxation all rolled together.

I’m not superstitious, just a big ole nerd. 13 is a Prime number. Primes are my favorite. Just in case you need a refresher course on prime numbers, I have provided the explanation for you. A prime number can be divided, without a remainder, only by itself and by 1. 13 can only be divided by 13 and 1. Most of my favorite numbers are prime (3, 5, 7, 11). 0 and 1 are not considered primes, in case you were wondering. I won’t elaborate further because I don’t want your eyes to glaze over. But the name “Prime” is just that for me.

Many people still regard superstitions like Friday 13th, knocking on wood, broken mirrors, avoiding black cats, opening an umbrella inside, using a rabbit’s foot or horseshoe for good fortune and walking under ladders legitimate. Whether they admit it or not.

13 also stands for rebellion and revolution. Maybe that’s why I like it. I rebel against people’s expectations of me that do not line up with my goals, dreams and future. Even though we share some biological homogeny (meaning we have a head, two legs, arms and feet), I rebel against sameness in thought and expression. We are all unique individuals and should act like it.

I’m stepping away from the soap box. Toodles for now. I’ve got some superstitions to debunk.